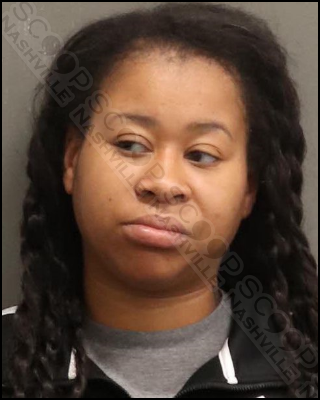 28-year-old Desirea Harris initially lost custody of her sons over a year ago, and in September she was notified she would not be regaining custody and that foster parent & Executive Director of the Hills Nashville, Casey Milleson, intended to formally adopt both of her boys. Since that time she has continued to send threatening messages to Milleson, such as “Ima slap yo big fat ass when I see you. Deadass.” Another in May read “I’m beating yo ass bitch so get ready”, and most recently on June 10th, she sent “I’m gonna fuck you up! I do not care about no restraint order… Ima beat yo ass up like I said, hoe!”

Desirea Michelle Harris was booked into the Metro Nashville Jail on June 30th, charged with harassment/threats. A judicial commissioner set her bond at $2,000. There is an additional hold on her release for an out-of-county warrant.