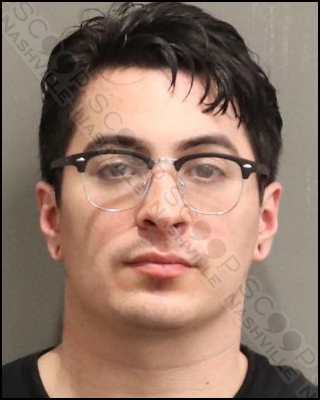 Police say 28-year-old Luke Matthew Skeldon was speeding as he drove past officers on Nolensville Pike at 3:08 a.m. Saturday, when he was paced at 65 mph in a 45 mph zone. When a traffic stop was initiated, he was slow to pull into a parking lot and appeared extremely intoxicated during the interaction. Skeldon stated he was leaving the Flamingo Cocktail Club, where he had three mixed drinks before driving. After performing poorly on field sobriety tests, Skeldon was given a breathalyzer and taken into custody. The warrant details a 0.70 BAC, which MNPD confirmed was a typo, but they did not provide the actual BAC prior to publication.

Luke Matthew Skeldon, of McMurray Drive in Nashville, was booked into the Metro Nashville Jail on July 23rd, charged with driving under the influence (DUI). A judicial commissioner set his bond at $2,500, and the Davidson County Sheriff’s Office gave him pre-trial release from their facility.