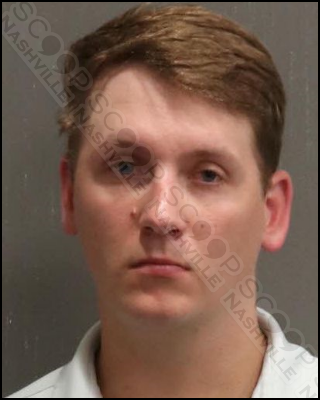 Metro Nashville Police responded to a fight at Bridgestone Arena late Wednesday night and found 27-year-old Andrew Durham Thacker, who reportedly assaulted his girlfriend, Kayana Cunningham. A witness who broke up the physical altercation told police Thacker placed a hand on Cunningham and pushed her with substantial force up against a vehicle. Cunningham confirmed that Thacker placed his hand around the front of her neck and pushed her against the vehicle as the argument escalated.

Andrew Durham Thacker of Hughes Crossing in Franklin, TN, was booked into the Metro Nashville Jail on August 3rd, charged with domestic assault. He is free on a $1,000 bond.