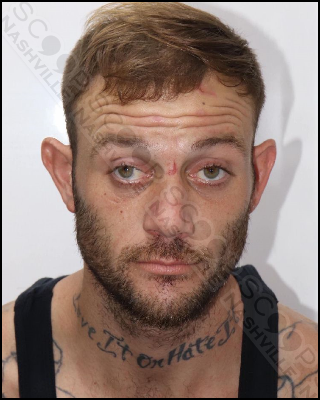 31-year-old Kyzer B Drury was booked into the Metro Nashville Jail this week on an outstanding citation from July charging him with possession of a prohibited weapon. Goodlettsville Police encountered him at a convenience store on July 10th and during a search found brass knuckles. He is free on pre-trial release.

Kyzer B. Drury was booked into the Metro Nashville Jail on August 11th, charged with possessing a prohibited weapon. A judicial commissioner set his bond at $100, and the Davidson County Sheriff’s Office gave him pre-trial release from their facility.