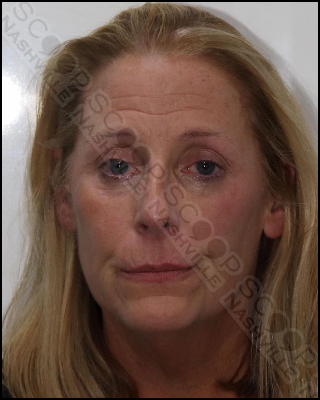 Late Friday night, 55-year-old Sherri Lynn Curtis was in the women’s restroom of the Redneck Riviera Bar on Broadway in downtown Nashville when management asked her to leave the venue due to her behavior. She refused to leave the restroom or the venue, so police were called to remove her from the premises. As officers arrived and escorted her out, she began to curse and cause disputes with other patrons.

Sherri Lynn Curtis of Old Zion Church Road in Woodburn, KY, was booked into the Metro Nashville Jail on August 12th, charged with disorderly conduct and criminal trespass. A judicial commissioner set her bond at $200, and the Davidson County Sheriff’s Office gave her pre-trial release from their facility.