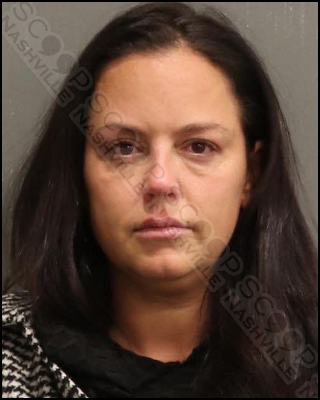 Police say 40-year-old Nicole Benallo was found sitting on the ground near a crosswalk at the Nashville International Airport. Callers reported she had stumbled and fallen onto the ground. As officers approached to assist, they could immediately smell alcohol coming from her and noted her extreme level of intoxication. Due to her inability to care for herself in public, she was transported to booking and charged with public intoxication.