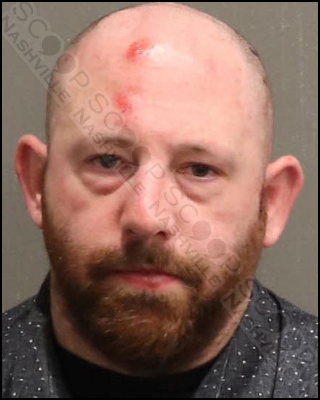 36-year-old Tim Basford was kicked out of Nashville Underground, and as security officer Joshua Siragusa was escorting him out of the venue and onto the sidewalk, Basford turned and punched Siragusa “square in the face” with his fist. Police responded to the scene, and the victim wanted to press charges. As Basford was too intoxicated to receive a citation, he was taken into custody for both the assault and public intoxication.

Timothy Basford was booked into the Metro Nashville Jail on February 19th, charged with public intoxication and assault. He is free on pre-trial release to his 438 27th Ave N address in Nashville.