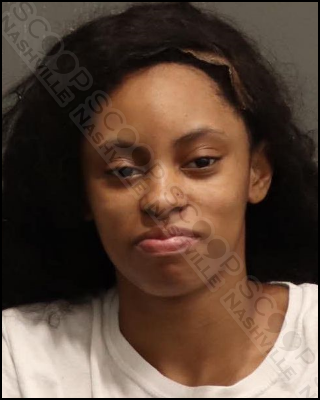 Tahj Jackson says his girlfriend and mother of his child, 19-year-old Shamira Jones, told him she was packing her things and leaving him. He continued to attempt to go to sleep in the bedroom when she then ripped the covers off him and attacked him with a broom. In self-defense, he quickly overpowered her, during which time the broom struck her in the face and she called 911. When officers arrived, Jones stated: “I tried to hit him first, I’m not even going to lie… he probably has scratches on him”. Police documented his injures and took Jones into custody.

Shamira C. Jones was booked into the Metro Nashville Jail on February 22nd, charged with domestic assault with bodily injury. She is free on a $1,500 bond to her 202 Prince Ave address in Nashville.