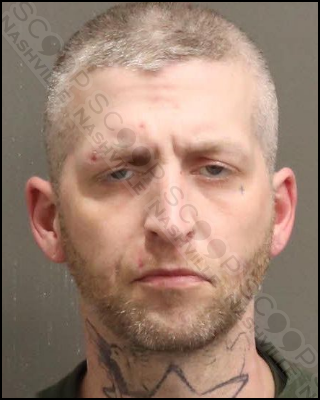 Metro Police say 36-year-old Adam Chase Dickie drove a woman to meet an undercover detective at a West End hotel this week during a prostitution sting operation. While the woman agreed to have sex for $250, Dickie drove her to the location knowing she was going to participate in prostitution, and he accepted gas money for his time and effort. He is charged with promoting prostitution.

Adam Chase Dickie was booked into the Metro Nashville Jail on February 24th, charged with promoting prostitution. He is free on a $3,000 bond and was released to his 4722 S. Old Hwy 31-W address in Cottontown, TN.