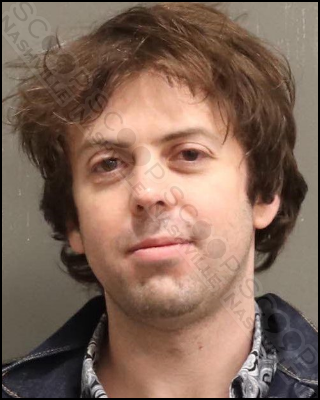 Police say 37-year-old Judson McKinney was driving in the wrong direction on a one-way street in downtown Nashville this weekend when he came up onto the sidewalk and collided with barricades. He kept telling police “I’m just a musician coming back from a gig” as he attempted to stand on 2nd Avenue. While he was insistent he had only consumed “one drink”, his pupils were largely dilated and non-reactive to light. He failed every attempt at a field sobriety test and refused to speak with officers further. He declined requests for his blood, however, officers obtained a warrant and transported him to Nashville General Hospital prior to being jailed.

Judson S. McKinney was booked into the Metro Nashville Jail on February 27th, charged with driving under the influence (DUI). He is free on pre-trial release to his 224 Riggs Drive address in Clemson, SC.