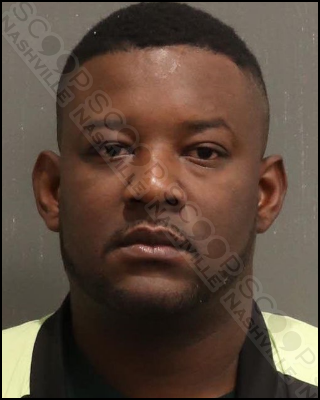 37-year-old Jason Ferguson, of Bridgeport, Connecticut, was booked into the Metro Nashville Jail Saturday on multiple outstanding felony warrants from January. Police say he entered the Nashville home of his ex-girlfriend, Alarecia James, unannounced and without permission, walked to her back bedroom, and knocked on the door. When she opened the door, he reportedly grabbed her by the throat with one hand, squeezed her throat, and slapped her face with his other hand, leaving visible injuries. Ferguson then exited the home and smashed the front and rear windows of her vehicle by jumping up and down on them.

Jason Anthony Ferguson was booked into the Metro Nashville Jail on February 26th, charged with aggravated assault/strangulation, aggravated burglary, and felony vandalism. He is free on a $52,500 bond to his 111 Elizabeth Street address in Bridgeport, CT.