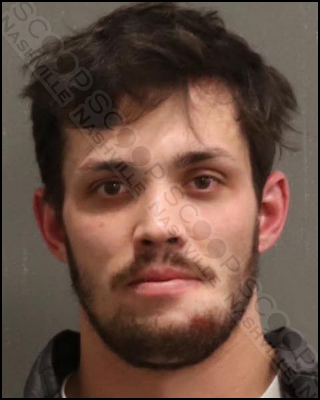 28-year-old Robert Baugh says he was coming from a show in midtown, where he had been drinking, when he swerved to pass a vehicle in East Nashville, impacted a wall, and spun around. Multiple witnesses came to his immediate aid to find him unresponsive. As police and medics arrived he became alert and when asked how much had had to drink, he stated: “I plead the fifth”. He thought he was on I-40 and was unable to stand without swaying. Inside the vehicle, officers located an empty bottle of Hennessy, and a nearly empty bottle of Jim Beam Whiskey.

Robert Baugh was booked into the Metro Nashville Jail on March 1st, charged with driving under the influence (DUI), violation of the implied consent law, and open container. He is free on pre-trial release to his 1121 Cahal Ave address in Nashville.