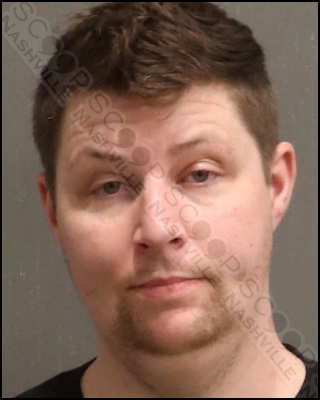 29-year-old Matthew Edwards was kicked out of a downtown Nashville bar this weekend and was unhappy with his current situation. Observing his extreme level of intoxication, officers gave him the opportunity to arrange a ride home, but he was unable to do so and had no friends available to care for him.

Matthew E. Edwards was booked into the Metro Nashville Jail on March 6, charged with public intoxication. A commissioner set his bond at $500.