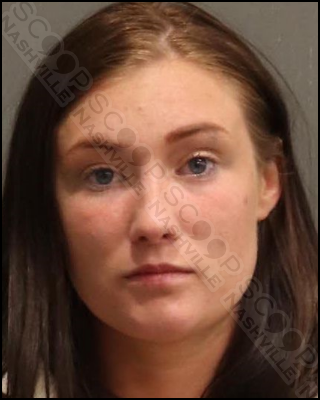 Metro Nashville Police found 23-year-old Allison ‘Allie’ Hutchinson sitting in the driver’s seat of her car as they responded to a traffic collision on March 13th. She smelled of alcohol and had slurred speech, and performed poorly on field sobriety tests. Once given a breathalyzer, she blew a 0.204% BAC.

Allison Hutchinson was booked into the Metro Nashville Jail on March 13th, charged with driving under the influence (DUI). A commissioner set her bond at $2,500 and she was given pre-trial release to her 6416 Hilgard Memorial Drive address in Freeburg, IL.