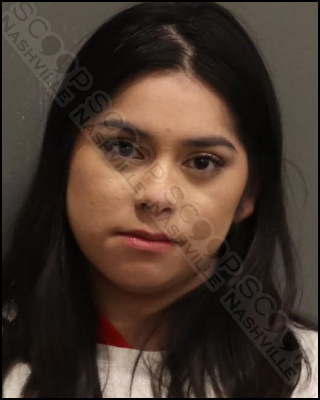 Metro Nashville Police responded to Kid Rock’s Bar on Broadway in downtown Nashville, to assist with a “very intoxicated” 23-year-old Kara Edwards, who was unable to stand on her own. She was unable to state where she was at, or anyone to call to assist her. She was taken into custody for her own safety and charged with public intoxication.

Kara Edwards was booked into the Metro Nashville Jail, charged with public intoxication. A commissioner set her bond at $100.