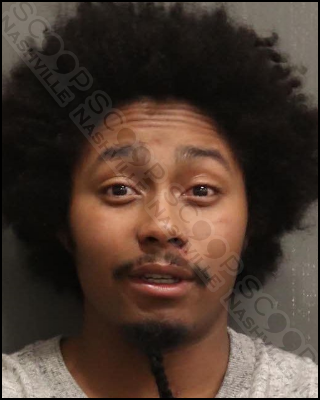 Molly Conley says her boyfriend, 26-year-old Arnelle Spearman, came home drunk and kicked in the front door Tuesday evening. She told him to go stay at a hotel, and when he refused she called his mother. Via the phone, his mother asked him “Why do you want to be this drunk in front of your kids?” which only escalated the situation and he smashed the phone, destroying it, and grabbing his girlfriend by her shirt, tearing it down the center.

Arnelle Spearman was booked into the Metro Nashville Jail on March 15, charged with domestic assault/fear of bodily injury. He is free on a $3,000 bond to his 111 Old Hickory Blvd address in Nashville.