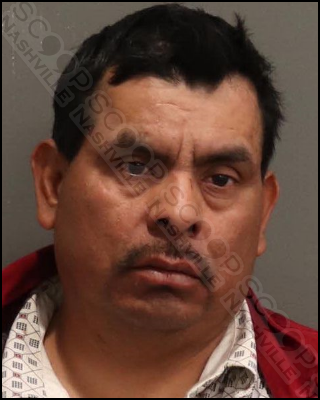 Metro Police say 41-year-old Juan Andres was at an Antioch home on March 12 where many friends and family had gathered due to a death in the family. During the evening, everyone present consumed both food and alcohol, resulting in many staying at the residence overnight, including a friend of the family, who is the victim in this case. After the female victim fell asleep on the couch, a family member noticed Juan Andres was seated beside her, with his hand inside the front of her pants. The family member pulled him away from the woman, and police were notified, and the victim was transported to the hospital for evaluation, stating she did not recall the incident. During an interview, Andres admitted to rubbing the victim across her back and buttocks, over her clothes, but “did not recall” if he touched her inside her pants, or not.

Juan Alanzo Andres was booked into the Metro Nashville Jail on March 13th, charged with sexual battery without consent. A commissioner set his bond at $5,000. He remains jailed at the time of publication.