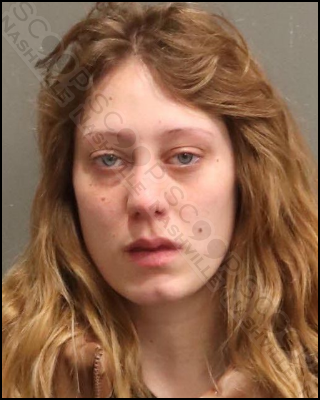 25-year-old Jordan Durham is charged with the domestic assault of her boyfriend, Anthony Keith Phillips, after she says she was attempting to stop him from moving her items out of their shared apartment and caused an injury to his right arm. Both parties agreed that he pushed her away, striking her in the mouth in response, and she claims she was strangled and slammed into the wall. After an investigation by responding officers, Durham was determined to be the primary aggressor due to the severity of the injury, and both parties agreed that she initiated the physical contact.

Jordan Durham was booked into the Metro Nashville Jail on March 13th, charged with domestic assault with bodily injury. He is free on a $1,500 bond to his 1771 Holly Street address in Nashville.