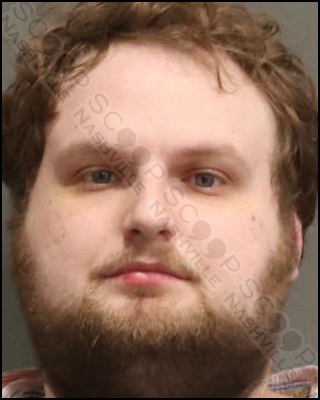 25-year-old Daniel Marchesi crashed his vehicle on Old Hickory Blvd near Hwy 100 on March 19th, disabling it. He says he was attempting to avoid colliding with a deer. When police arrived they could smell alcohol, and Marchesi admitted to drinking 2 drinks prior to driving. He performed poorly on field sobriety tests and blew a 0.087% BAC on a breathalyzer.

Daniel P. Marchesi was booked into the Metro Nashville Jail on March 19th, charged with driving under the influence (DUI). A commissioner set his bond at $2,000 and he was given pre-trial release to his 407 Horseshoe Lane in Nashville.