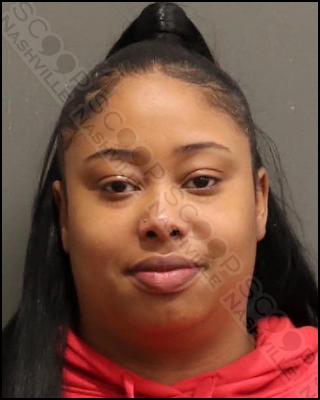 29-year-old Taresha Randall was jailed this week on an outstanding warrant detailing her role in the beating of Keila Ruiz at Vibes Bar & Lounge last Thanksgiving. During the investigation of the aggravated assault, it was discovered on security footage that Taresha Randall grabbed Ruiz and held her while she was punched and kicked in her head and face by her ex-boyfriend, David White, and his new girlfriend. Randall is charged with felony aggravated assault – acting in concert.

Taresha Marchelle Randall was booked into the Metro Nashville Jail on March 27th, charged with felony aggravated assault – acting in concert. She is free on a $5,000 bond to her 581 Castlegate Drive address in Nashville.