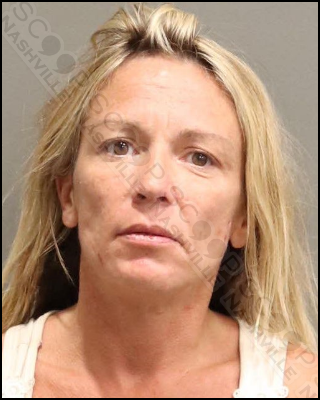 44-year-old Jessica Shaffer was charged with disorderly conduct at the Nashville International Airport after police say she became “irate” at the Southwest Airlines gate area on March 30th. She was reportedly yelling profanities at the gate agents and passengers. She was denied boarding and refused to leave the area, then began to scream at police while displaying what they considered to be “threatening behavior”. The reason for her rage was not immediately known to police.

Jessica Shaffer was booked into the Metro Nashville Jail on March 30th, charged with disorderly conduct. A commissioner set her bond at $100 and she was given pre-trial release to her 63 Gordon Hill address in New Hampton, NH.