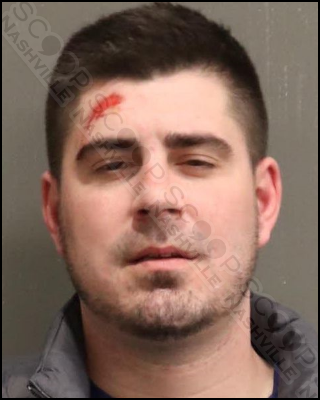 33-year-old Justin Hanning-Franklin was being escorted out of 305 Broadway in downtown Nashville due to his extreme level of intoxication when he began to fight with staff and attempted to punch one of the guards. He was wrestled to the ground by security and was outside the bar when police arrived. He is charged with public intoxication and the assault of Donovan Scott McManus.

Justin Dean Hanning-Franklin was booked into the Metro Nashville Jail on April 5th, charged with public intoxication and assault. He is free on a $1,600 cash bond to his 268 Main Street address in Richland, NY.