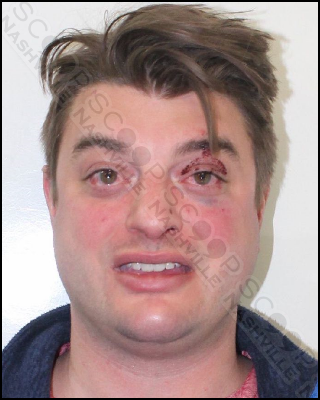 Metro Nashville Police responded to Rippy’s Honky Tonk on Broadway in downtown Nashville just before midnight Saturday to a fight call. They found a beaten 31-year-old Christopher Riccio who did not want to press charges on the other person involved. He refused any medical treatment, but due to his extreme level of intoxication and inability to care for himself, he was transported to booking and charged with public intoxication.

Christopher Riccio was booked into the Metro Nashville Jail on April 10th, charged with public intoxication. A commissioner set his bond at $500.