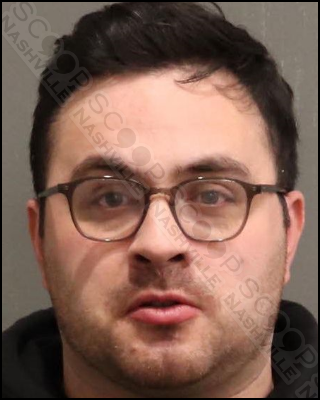 28-year-old Georgia tourist Jeremy Thomas Evans was being drunk and disorderly at Tootsie’s Bar in downtown Nashville when he came to the attention of the venue security staff. As they interacted with him they realized he was carrying a handgun, and they took his weapon from him and called police. Officers arrived and transported Evans to booking, charging him with possession of a handgun while under the influence.

Jeremy Evans was booked into the Metro Nashville Jail on April 8th, charged with possession of a handgun while under the influence. A commissioner set his bond at $2,500 and he was given pre-trial release to his 1366 Lance Circle address in Winder, GA.