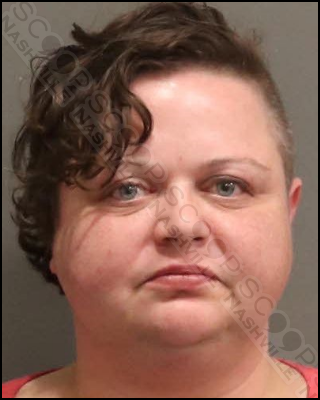 Metro Nashville Police found a heavily intoxicated 39-year-old Nicole Lawrence at the scene of a reported call for trespassing at 1620 Rosa Parks Blvd on. Sunday. When asked if she knew where she was, she proclaimed she was at her home, which is in Hendersonville. Due to her extreme alcohol impairment, she was unable to be left alone and was transported to booking.

Nicole Lawrence was booked into the Metro Nashville Jail on April 24th, charged with public intoxication. A commissioner set her bond at $1,000.