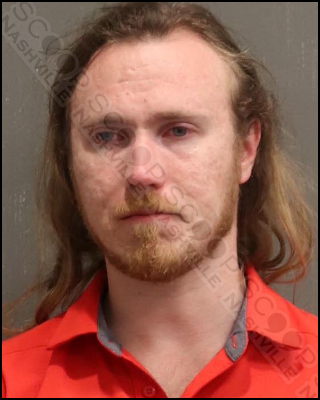 Metro Police found 30-year-old Canadian Daryl Patjas yelling at and attempting to fight random individuals on the Shelby Street Pedestrian Bridge. He even threatened officers as they responded to the area. Officers got him on his feet, and he was extremely unsteady and intoxicated. He was transported to booking and then given pre-trial release back to Canada.

Daryl William Patjas was booked into the Metro Nashville Jail on April 25th, charged with disorderly conduct and public intoxication. A commissioner set his bond at $600 and he was given pretrial release to his 86 Church St N address in Allison, ON, Canada.