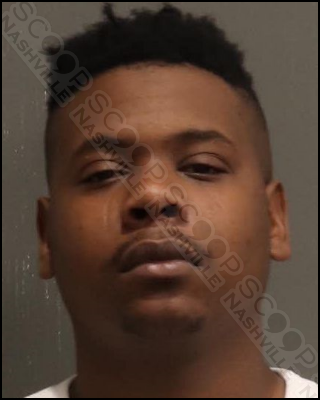 On April 14th, Deseante Horton went to pick up her child from the father, 23-year-old Elijah Carter, at which time she says he began yelling that she was not taking his child back, and he then threatened to smack and beat her, she says. She retrieved the child and once outside of the home, Carter reportedly retrieved a handgun and placed her in fear as she fled. On April 20th, Elijah came to her home to exchange the child, and when she refused to give him the child due to the prior incident, he reportedly texted her that if she didn’t bring the child out he would shoot up her house.

Elijah Juwan Carter was booked into the Metro Nashville Jail on April 22nd, charged with two counts of domestic assault. He is free on a $2,000 bond to his 3412 Indiana Ave address in Nashville