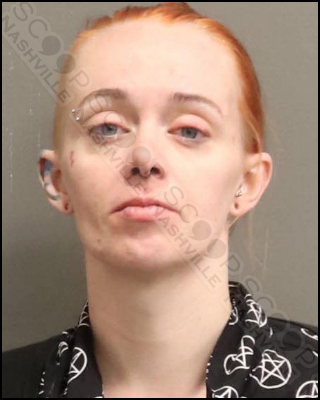 33-year-old Jessica Rose Russell was found in downtown Nashville extremely intoxicated, unable to care for herself, and believing she was in Illinois. Medics were in the process of assisting her when she became combative, and officers arrived to assist. As they were attempting to get her onto the gurney, she attempted to free herself from the soft restraints they had placed on her and became more aggressive. She lunged at medics several times and eventually bit medic Alexander Martin, but did not break the skin. Then she latched her mouth onto Officer Timothy Lehnert, breaking the skiing and drawing blood. Both Russell and Officer Lehnert were treated at the hospital. Russell is now free on pre-trial release.