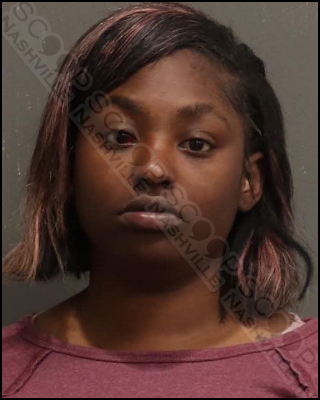 Troopers with the Tennessee Highway Patrol were dispatched to the state’s DMV/Driver Services Center downtown on 7th Ave on Wednesday after an alert employee noticed 20-year-old Shakia Davidson was attempting to obtain a duplicate driver’s license using false information & documents. Examiner Selakia Shaw stated that Davidson gave false information to the state center and signed the application stating it was her correct and own information. When the examiner pulled up the photo on file for the information she listed on the application, it was obvious the photo did not match Davidson. Davidson admitted to the crime.

Shakia N Davidson was booked into the Metro Nashville Jail on May 4th, charged with identity theft. A commissioner set her bond at $1,500, and the Davidson County Sheriff’s Office gave her pre-trial release.