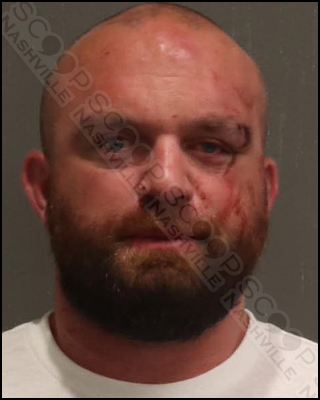 37-year-old Jeremy Heavener was involved in a large brawl in front of Nudie’s Honky Tonk in the early hours of Saturday morning on Broadway in downtown Nashville. Police responded to the fight/shots fired call to find multiple people involved in fights. Heavener was observed fighting and being disorderly when officers arrived on the scene.

Jeremy Joel Heavener, of North Side Drive in Murfreesboro, was booked into Metro Nashville Jail on May 14th, charged with disorderly conduct. A judicial commissioner set his bond at $250, and the Davidson County Sheriff’s Office gave him pre-trial release from their facility.