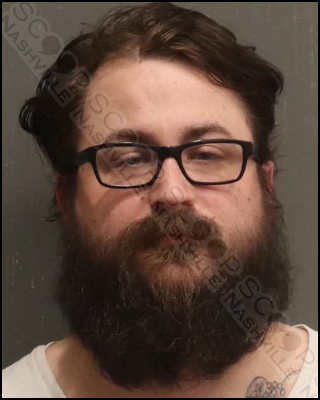 48-year-old Benjamin Dorsey told police he had one beer and one shot prior to leaving work, and stopped at another bar on his way home for another beer, before being pulled over in Goodlettsville for traveling 60 mph in a 40 mph zone. Officers say he reeked of alcohol and had a hard time following simple instructions, such as producing his registration documents. He performed poorly on field sobriety tests and was charged with DUI.

Benjamin R Dorsey was booked into the Metro Nashville Jail on May 21st, and charged with DUI (driving under the influence). A judicial commissioner set his bond at $2,500, and the Davidson County Sheriff’s Office gave him pre-trial release from their facility.