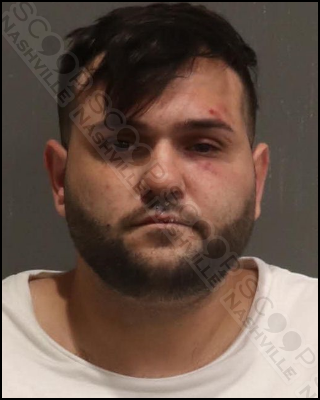 Security at Losers Bar & Grill in downtown Nashville had 30-year-old Renaud Rafael in custody when Metro Police arrived this week. Rafael had reportedly attempted to assault a member of the staff. Officers observed him to be highly intoxicated and deemed him to be unable to care for himself. He was transported to booking and charged with public intoxication.

Renaud Rafael was booked into the Metro Nashville Jail on May 21st, and charged with public intoxication. A judicial commissioner set his bond at $500.