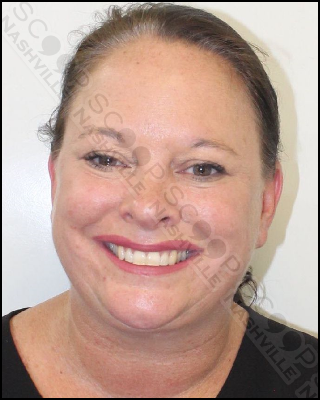 46-year-old Mortgage Loan Originator Angela York was jailed Thursday after her ex-boyfriend, Raburn Davis, Jr., says she appeared at his home uninvited and became disorderly when he demanded her to leave the property. He says she scratched his car and attempted to shatter the glass storm door of his house. In a detailed affidavit and application for an order of protection, Davis says his ex-lover claims to practice “black magic” and has told him she “owns him” and that she wasn’t afraid of the police. He claims York attempted to poison him while in Florida and has threatened to “cut him up and put him in a bag”. When contacted about the charge, Angela York stated Davis has “lost his mind” and denies all allegations.

Angela Dawn York, of Frost Street in Nashville, was booked into the Metro Nashville Jail on May 26th, charged with vandalism. She is free on a $2,500 bond.