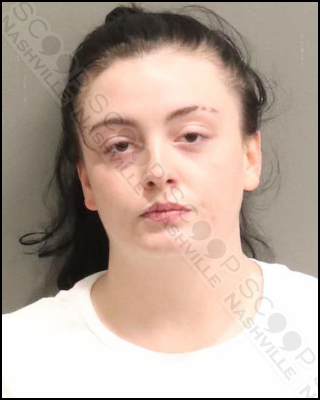 22-year-old Ariayanna Holt is charged with getting into her vehicle and purposefully and intentionally driving into the vehicle of Kassidy Benthal, which was occupied by Benthal and her friend, in an attempt to harm Benthal. The incident occurred in the early hours of Friday morning in downtown Nashville after Holt reportedly realized that her boyfriend had two girlfriends.

Ariyanna K. Holt, of Hwy 31 in White House, TN, was booked into the Metro Nashville Jail on May 29th, charged with felony aggravated assault with a deadly weapon. She is free on a $10,000 bond.