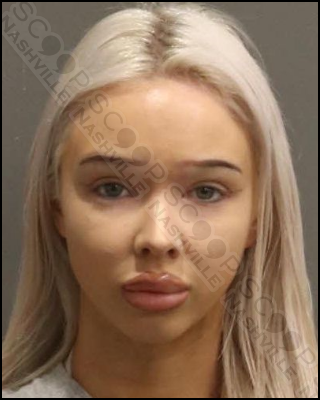 Despite orders of protection and conditions of bond release, which both state the two aren’t allowed in the presence of one another, Nashville’s most hated couple, 25-year-old Kally Dobak & 31-year-old Zain Sheikh reportedly got married last month in order to avoid testifying against each other in matching cocaine indictments earlier this year. Now, they’re back in the spotlight after both parties called 911 late Sunday in hopes the other would be arrested, and both were successful.

Zain tells police Kally assaulted him after an argument about her cheating on him, less than a month into their marriage. Kally denied assaulting Zain, but he presented with multiple injuries to police. Both were charged with violating the orders of protection against the other, and Kally was additionally charged with domestic assault. Kally is free on a $7,500 bond, and Zain is free on a $2,500 bond.