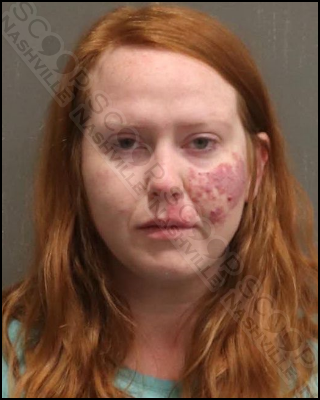 32-year-old Danielle Jones was jailed on her trip to Nashville this weekend, as she was charged with domestic assault after police say she called Kaityln Jones a “Fat Bitch” and slammed her to the ground, resulting in a scrape to her shin. Danielle admitted to the assault, but denied the assault caused the injury.

Danielle P. Jones, of Greenville, NC, was booked into the Metro Nashville Jail on June 4th, charged with domestic assault with bodily injury. After the state-mandated 12-hour hold for domestic violence, she posted a $1,000 bond.