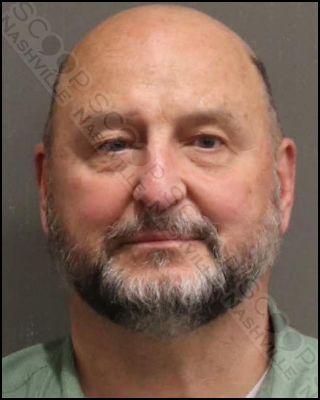 Police say 65-year-old Robert Coleman drove his vehicle through a crosswalk, onto a sidewalk, and continued to where officers were standing for a road-closure setup. Coleman was reportedly confused and stared at police officers with a “dazed look”. He was heavily intoxicated and had to brace against the car when he exited. He performed poorly on field sobriety tests, and blew a 0.196% BAC on a breathalyzer. He was transported to jail and charged with DUI.

Robert Coleman, of Marc Drive in Nashville, was booked into the Metro Nashville Jail on June 19th, charged with driving under the influence (DUI). A judicial commissioner set his bond at $5,000, and the Davidson County Sheriff’s Office gave him pre-trial release from their facility.