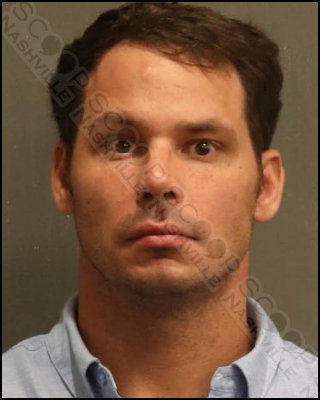 Metro Nashville Police responded to Dierks Bentley’s Whiskey Row just after 8 p.m. Monday to find 37-year-old Matthew Hinrichs in handcuffs, courtesy of bar security, after he had caused a disturbance at the venue. Officers say he was unable to stand on his own and reeked of alcohol. Hinrichs stated he had been drinking since 4 p.m.

Matthew Michael Hinrichs was booked into the Metro Nashville Jail on June 27th, charged with public intoxication. A judicial commissioner set his bond at $50.