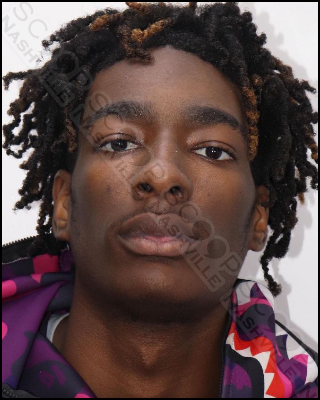 Angela Ford says she’s been letting 18-year-old Lavoriss Hyde Jr., who is a friend of her son, stay at her home for the last three months. On June 15th, she called police to report her vehicle had been stolen, and she believed Hyde had stolen it. She explained the vehicle had recently been repaired by a mechanic, and the mechanic had told her to be sure to occasionally run the engine if she wasn’t using the vehicle regularly. She was on her way to work and had asked Hyde to start the vehicle and let it run for a few minutes while she was gone. When she came home, the vehicle was not in the driveway and Hyde was not at home, either. Police quickly realized they knew what had happened to her vehicle, as they responded to a single-vehicle rollover crash earlier that afternoon just a half-mile from her home where a person matching Hyde’s description had fled from the scene. Officers recovered video footage of Hyde taking the vehicle, and photos from witnesses to the crash, confirming he was the driver.

Lavoriss M Hyde Jr. was booked into the Metro Nashville Jail on June 30th, charged with felony auto theft, leaving the scene of an accident, failure to file a report, and driving without a license. A judicial commissioner set his bond at $23,000.