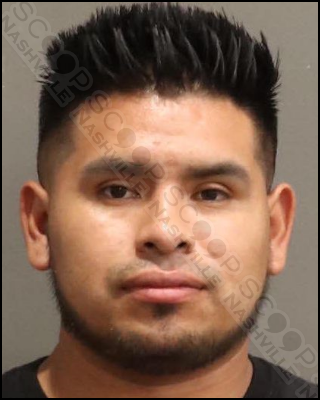 25-year-old Romeo Alonzo was charged with domestic assault after police responded to a domestic disturbance at a residence on Maritime Port in Antioch. Alonzo admitted to responding officers that he sat on top of his girlfriend, Eulalia Gomez, and held her down to the floor.

Romeo Lucas Alonzo was booked into the Metro Nashville Jail on July 20th, charged with domestic assault. He is free on a $2,000 bond.