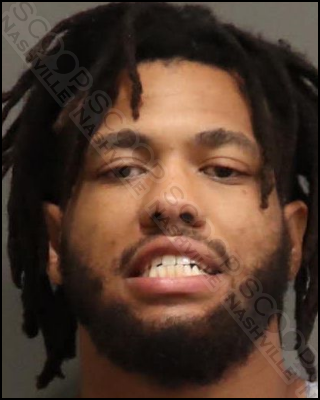 24-year-old Emmanuel Nash was booked this week after failing to self-book for an assault citation in January. The citation alleges he was riding a WeGo Transit bus and began to curse at a WeGo employee, who promptly advised him he was barred from riding any WeGo bus the remainder of the day. As Nash exited the bus, he reportedly slapped the employee’s hand. The employee noticed two MNPD officers nearby and wanted to prosecute for the assault.

Emmanuel Madrick Nash, of Ridgeland, Mississippi, was booked into the Metro Nashville Jail on the failure to be booked on the assault citation on July 24th. He was ROR’d and given a new court date in August.