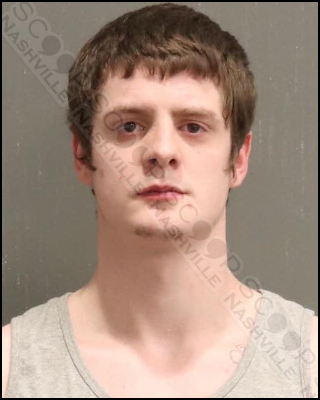 24-year-old Tristen Nathaniel Little is now jailed on an outstanding warrant from September of 2021, charging him with felony auto theft. The warrant states his grandmother, Teresa Hunter, allowed him to stay with her for a few days, and while she was sleeping, he took the keys to her car and her iPhone. A few days after the theft, he contacted his grandmother to say the vehicle had now been impounded by the Dickson County Sheriff’s Office.

Tristen Nathaniel Little was booked into the Metro Nashville Jail on August 2nd, charged with felony auto theft. A judicial commissioner set his bond at $3,000. There is a hold on his release for an out-of-county warrant.