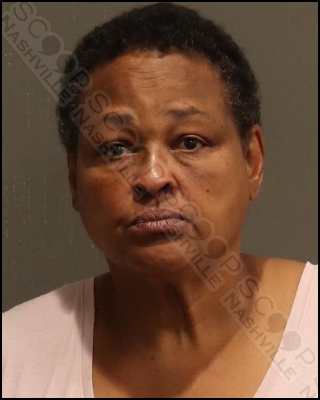 56-year-old Mikelin Evette Beck was jailed this weekend on an outstanding warrant from October charging her with the assault of Teresa Alvarado. Beck reportedly approached the victim as she was walking her dog outside her house, grabbing her arm, hitting her on the back of her neck with her elbow, scratching her face, and biting her arm. The victim had a knot on the back of her neck, and scratches and bruises on her body as a result of the assault.

Mikelin Evette Beck, of Anthony Street in Gallatin, TN, was booked into the Metro Nashville Jail on July 30th, charged with assault. A judicial commissioner set her bond at $1,000, and the Davidson County Sheriff’s Office gave her pre-trial release from their facility.