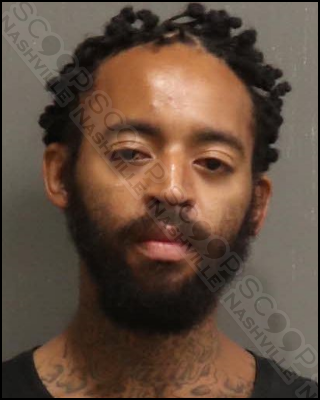 30-year-old Tony Moorer is charged with the attempted rape of a juvenile victim at a Nashville apartment complex. She was walking into the laundry center when he came in behind her and shoved her into the restroom, where he then pulled down her shorts.

An arrest report details the victim fell to the floor, and Moorer then pulled out his penis and began to rub it on her legs. He says they were just “playing,” and it was the juvenile, not him, who pulled the penis from his pants and claims she removed her own pants. Moorer told detectives during an interview that the situation did not “move forward” because he was unable to get an erection.

Tony Moorer was booked into the Metro Nashville Jail on August 4th, charged with attempted rape by force or coercion. A judicial commissioner set his bond at $100,000.