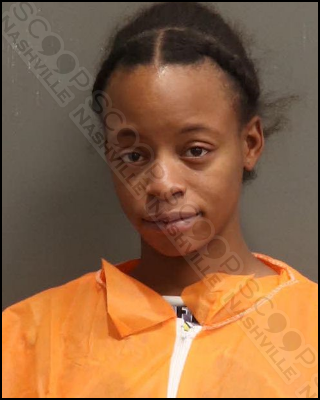 25-year-old Tiawanna L Brown is jailed on a $10,000 bond after police say she stole a U-Haul truck. Officer initially noticed the U-Haul without a license plate in Germantown and conducted a traffic stop. Inside the vehicle was a passenger, Tiawanna, who clearly stated the U-Haul was hers, and the other person was only driving for her because she didn’t have a license. The driver was arrested on a separate and unrelated outstanding warrant. Tiawanna presented a rental agreement from early June, which was consistent with the stolen vehicle report.

Tiawanna L Brown was booked into the Metro Nashville Jail on August 4th, charged with felony auto theft. A judicial commissioner set her bond at $10,000.