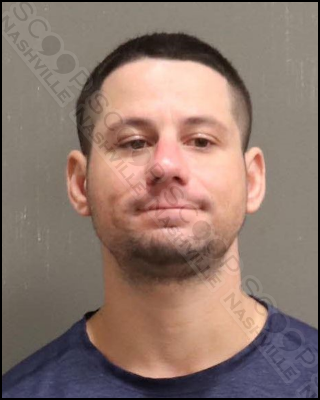 Police say 27-year-old Danny Mosier was involved in a traffic accident at West End & 17th Ave N. and as officers responded to the scene, a witness informed them that Mosier had just admitted stated he had been drinking and just wanted to pay the other party for damages and be on his way. Officers say Mosier made the patrol car reek of alcohol once he was inside and performed poorly on field sobriety tests. Mosier claimed it had been over five hours since he had a couple of beers.

Daniel S. Mosier of Vanderbilt Place in Nashville, TN, was booked into the Metro Nashville Jail on August 7th, charged with driving under the influence (DUI). A judicial commissioner set his bond at $2,000, and the Davidson County Sheriff’s Office gave him pre-trial release from their facility.