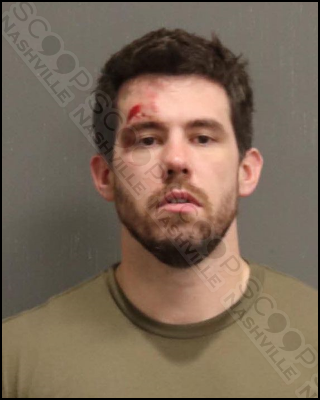 31-year-old Joshua Booth was found yelling and screaming in Printers Alley Sunday, and after officers arrived to investigate, they observed him begin to fight another person. As officers began to detain Booth, he pulled away and attempted not to be cuffed. He was extremely intoxicated and was eventually placed under arrest and transported to booking.

Joshua Thomas Booth of Hillsboro Pike in Nashville, TN, was booked into the Metro Nashville Jail on August 7th, charged with public intoxication, disorderly conduct, and resisting arrest. A judicial commissioner set his bond at $1,100, and the Davidson County Sheriff’s Office gave him pre-trial release from their facility.