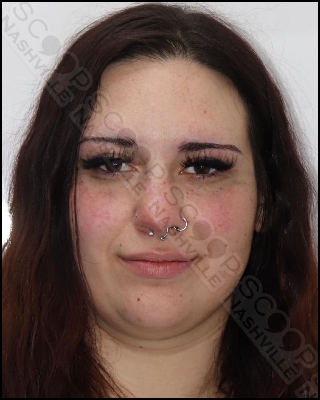 21-year-old Destinee Riehle was on Broadway in downtown Nashville as the bars were closing Saturday morning and was advised to disperse from a crowd that was gathered. Instead of moving about her night, officers say she attempted to assault another individual. She was taken into custody for disorderly conduct and transported to booking.

Destinee R. Riehle of Patton Way in Bowling Green, KY, was booked into the Metro Nashville Jail on August 13th, charged with disorderly conduct. A judicial commissioner set her bond at $100, and the Davidson County Sheriff’s Office gave her pre-trial release from their facility.