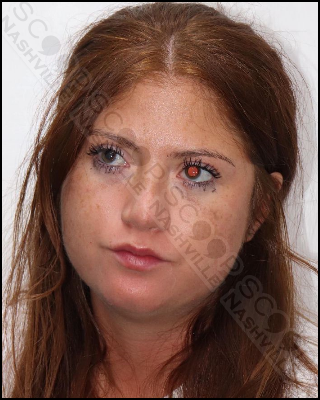 Bouncers at Nudie’s Honky Tonk on Broadway in downtown Nashville flagged down Metro Nashville Police officers to advise they had a female detained for trespassing after they located her in the alley behind the bar. Earlier in the evening, the woman, identified as 21-year-old Shaley Morales, was on the rooftop and was asked to leave due to her extreme level of intoxication. She was later found in the alleyway and continued to refuse directives to leave the property, and was jailed for criminal trespass.

Shaley Morales was booked into the Metro Nashville Jail on August 13th, charged with criminal trespass. A judicial commissioner set her bond at $100, and the Davidson County Sheriff’s Office gave her pre-trial release from their facility.