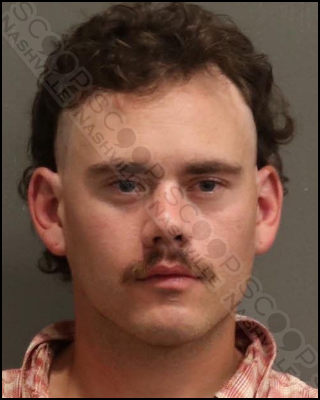 Metro Nashville Police Officers working the Entertainment District Initiative in downtown Nashville Friday night say 28-year-old Nathan Allen Taylor fell on the sidewalk in front of Legends Corner on Broadway and required a medical response from Nashville Fire. Once he was assisted by medics, Taylor declined transport to a local hospital to sober up and be further evaluated. He was unable to be left alone on the sidewalk, and he was unable to walk due to his level of intoxication and was an unreasonable annoyance to other citizens in the vicinity. Taylor was transported to booking and charged with public intoxication.

Nathan Allen Taylor was booked into the Metro Nashville Jail on August 19th, charged with public intoxication. A judicial commissioner set his bond at $100.